An Alabama mother says she’s outraged after a teacher allegedly asked her son to act out a slave auction during a kindergarten class on slavery. “He said he didn’t want to get on the table at the auction block,” mother Jamelle Young, said. “And how are you supposed to feel when your 5-year-old says he didn’t want to get auctioned off?”

Young said the unidentified teacher at MacMillan International Academy in Montgomery, chose “the fair-skinned boy and the fair-skinned girl” to be “masters” at the auction. The teacher also allegedly gave the children a colouring sheet depicting a slave auction and told the students to go home and ask their parents if they’d “ever go back into slavery.” 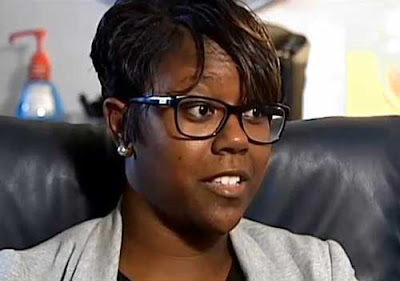 “That’s not a question you ask anybody, let alone a five year old,” Young added. Young raised her concerns with the school’s principal, who reportedly wrote in an email that the teacher had no intention of being offensive. “Slavery is taught throughout history in just about every grade level,” the principal wrote in the email.

“Although it is an ugly part of American history that none of us care to remember, it is important for children of all races to be aware of it to gain an appreciation for the diverse community in which we live today.” Young maintains that while slavery should be taught, it should be only be taught at higher grade levels. “When should it be taught? Maybe not at five. How should it be taught? Definitely not standing on a table getting auctioned off.”