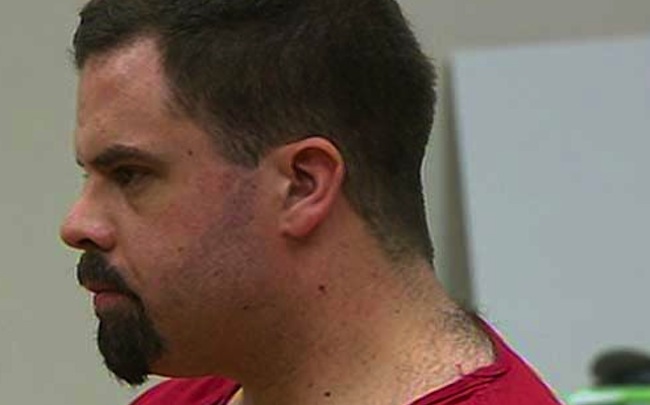 “I’D like to apologise to my family and my two daughters,” says Jonathan Harty to the Seattle court. “I don’t have any excuse for what I’ve done. There’s no excuse for it. I’ve made a life-altering decision for a lot of people by my selfish actions.”

The court hears that in April 2013, Mr Harty had been driving 100 mph down I-5 when he’d crashed into three vehicles. Police arrived to find Harty wearing a blouse, prosthetic breasts and no pants. He was sweating profusely. By his feet was a pair of worn panties and a bottle of urine.

He is off his face on meth.

On the rear seat were sat Mr Harty’s two daughters, ages 6 and 4. Mr Harty told police that he was on his way to the Dollar Store to buy toys.

“Jon, your actions that night came not from a father but from a cowardly monster. You put drugs above your daughters.” Emily’s half-ssiter clutched me so tight it seemed like she couldn’t get close enough to me. And Emily pressed against me and said, ‘Grandpa, I don’t have to go back to my daddy’s anymore do I?’ Your honour, at that point I broke down and cried.”

Judge Ken Schubert hands Harty the maximum sentence of 29 months in jail and bans him from driving forseven years.

It was Harty’s third conviction for DUI.