A MAN could be facing charges after police say he stole a snake at a pet expo and left his son behind. Exhibitors at State Fair Park in Wisconsin said they were just starting to pack up on Saturday night at the Great Lakes Pet Expo when the incident happened. 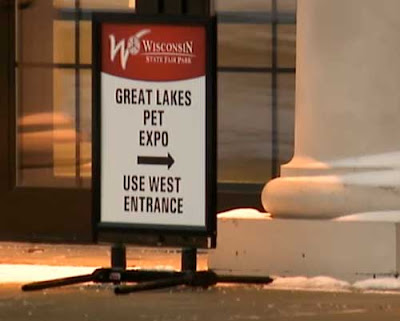 Cindy Steinle runs the reptile exhibit and said a volunteer was showing a corn snake to a boy when the boy’s father walked off with the snake. “In the 20 years I’ve been doing education like this, we’ve never had someone steal an animal and leave a child behind,” Steinle said. “He (the volunteer) had given the snake to the child to pet and to hold, and the child handed the snake off to his father and his father left, leaving his child behind.”

Organizers said the snake is only worth about $40 so they were baffled by the theft. State Fair Park Police said they were able to track down the man and the snake. Police said when they found the man, he had a pillowcase on him that officers could see was squirming. Capt. Jim Bruno said that’s how officers knew they had their man. “The pillowcase was moving, we pretty much knew we were zeroing in on what we were there for,” Bruno said.

Officials said Child Services did get involved and the boy is back with his mother. “We didn’t want the child in exchange for the snake so thankfully the child is back home and the snake is with us,” Steinle said. State Fair Park Police said once they end their investigation, the case will go to the District Attorney’s Office for possible charges.